I believe i have all the loom, but considering the front & rear lights are about the only thing original im guessing it wont help much...

In theory, you should be able to just remove any parts of the loom that you don't want, cars to old to have everything feeding to a computer, the old engine management should be a separate wiring section.
Bernie Kant
Club President
Top

Enjoying your build thread. thanks for posting.
Cheers
Rodger
Top

A bit more progress today, the gap at the back of the fuel cell is now filled, and the Diff Oil cooler is mounted.
Will complate the hoses tomorrow and then look for the next task.
Will try and get the filler flange cut so it can get welded and then i can finish the assembly.
Its not perfect, but looks good from a distance

The rear hatch and new plastic window are off getting bonded together... hopefully later next week it will be back. 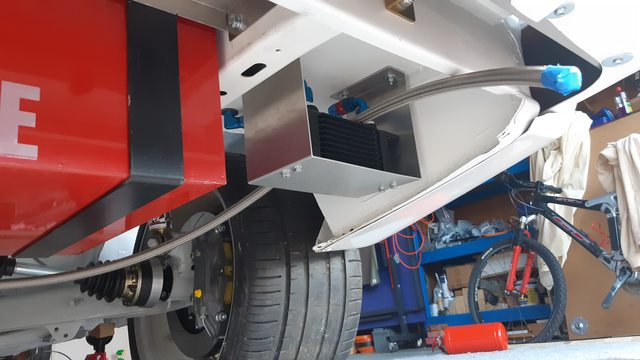 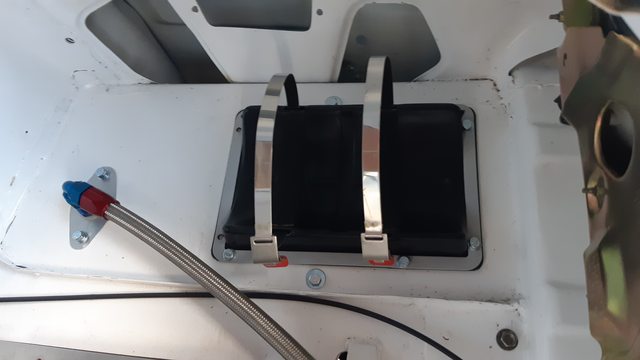 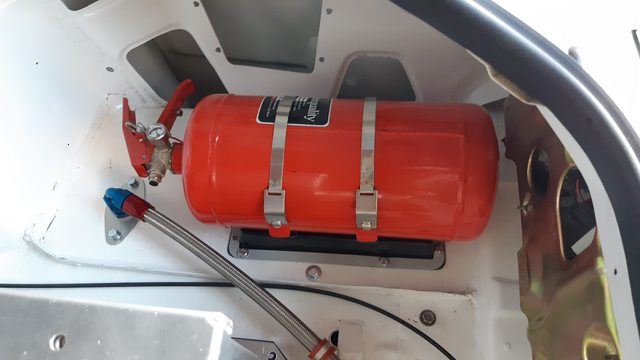 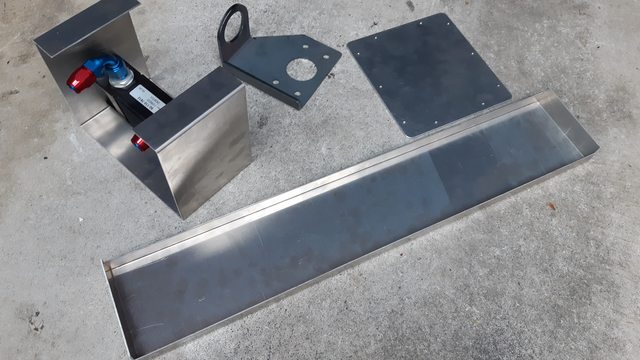 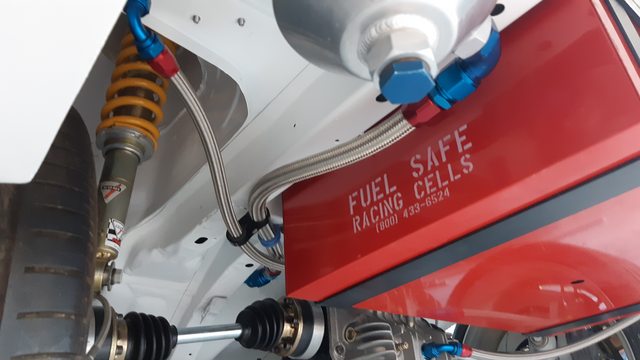 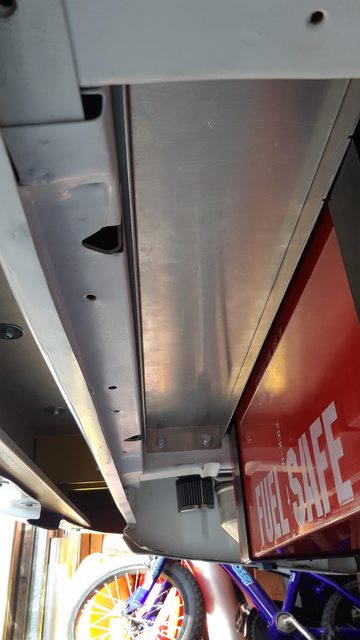 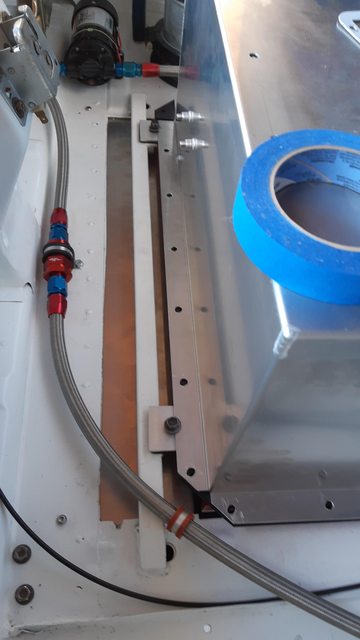 Fuel cell stuff all bolted in for good, hopefully.
Not perfect, but prety happy with outcome.
Again would have done things a little differently from the start now I know more...
The top cover will get powder coated matt black.

Also made a little cover for where the rear hatch light assembly was. Will get this powder coated white.
They also removed these from the works cars. 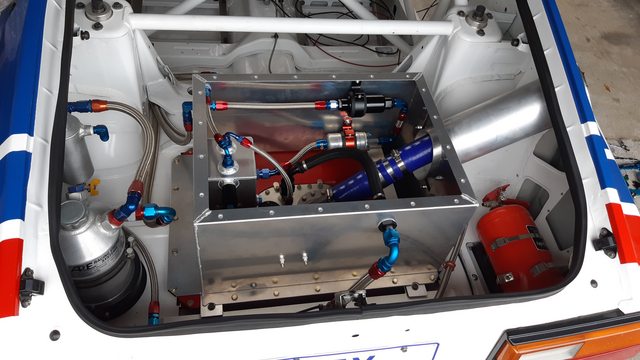 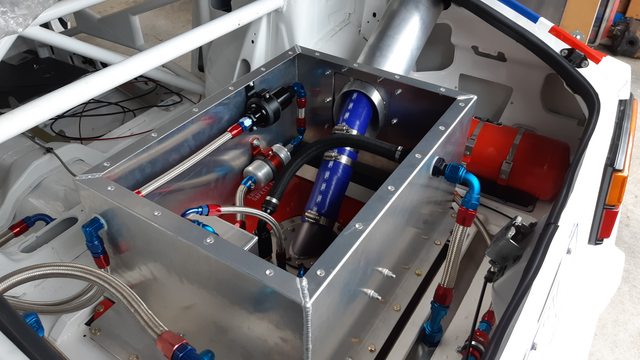 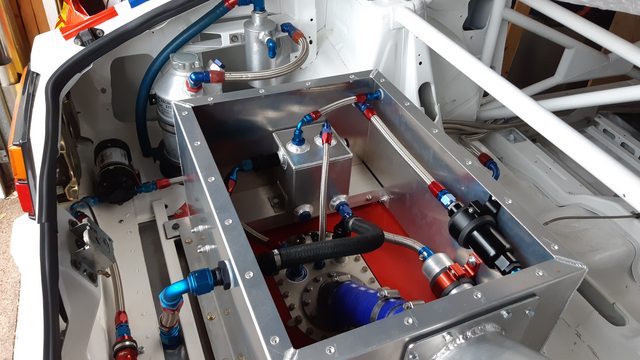 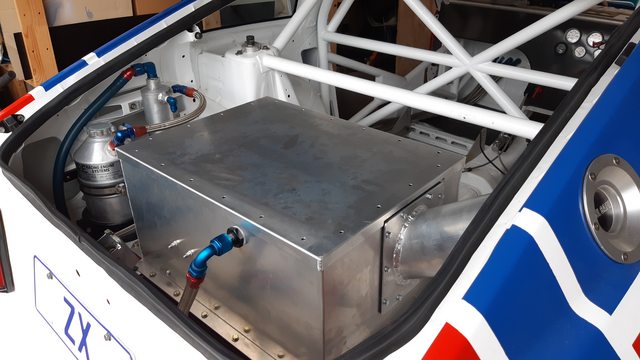 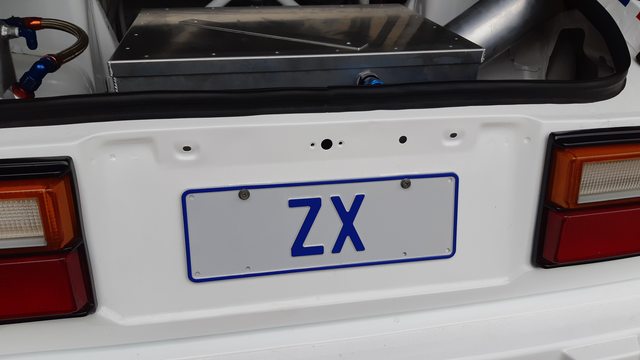 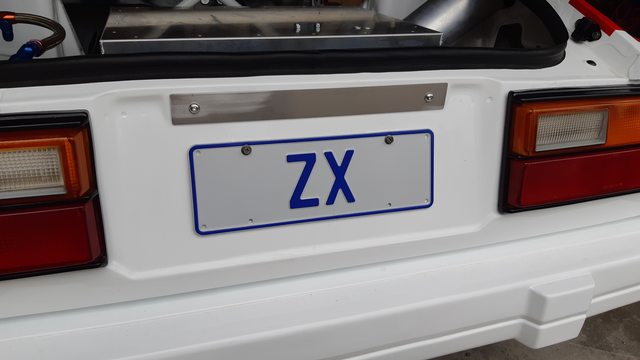 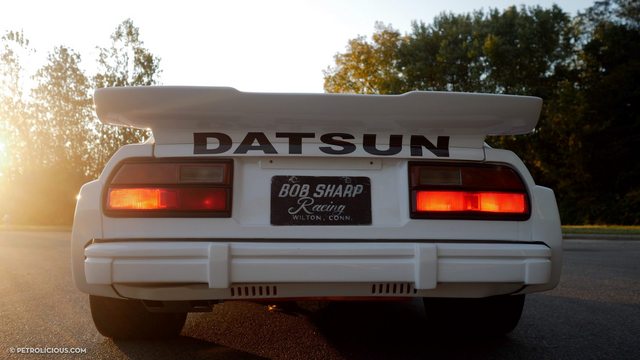 Started the fire suppression install.
Will have one pull lever on the LH side of the dash, which will be accessible from the open window (in front of the future window net).

The other pull lever will be where the old hand brake was mounted.
Made the bracket from a bit of alloy extrusion, with help from a grinder and file. 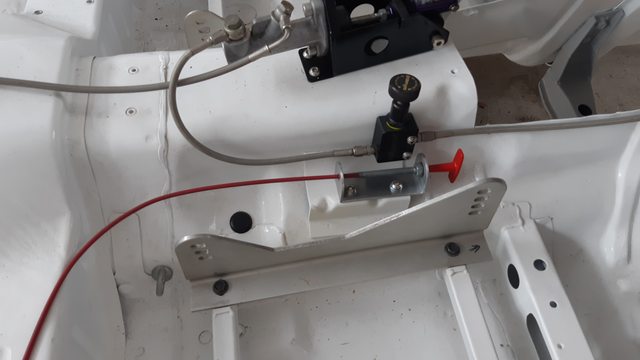 Rear hatch ready to be picked up.
New rear plastic window has had edge painted and bonded into hatch.
Two 25x3 Stays have been fitted, these will be powder coated black.
Wing both screwed and bonded on. 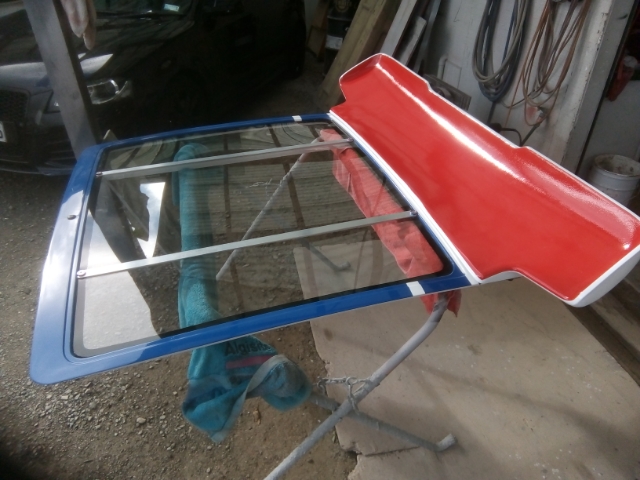 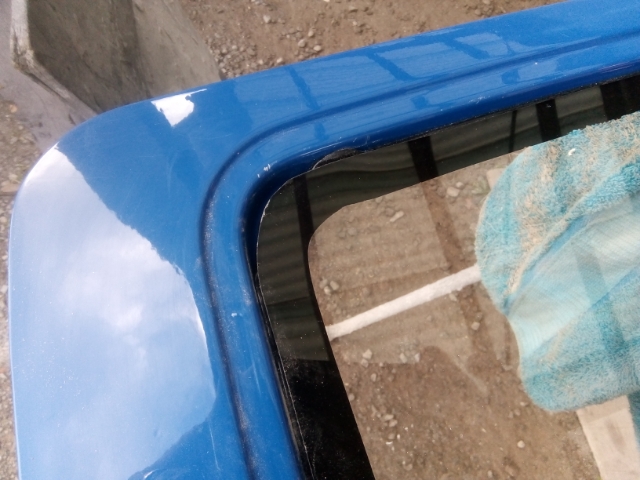 Not perfect, but ok...
In the future i think i will get the mound fixed so its a better fit to the rear hatch. 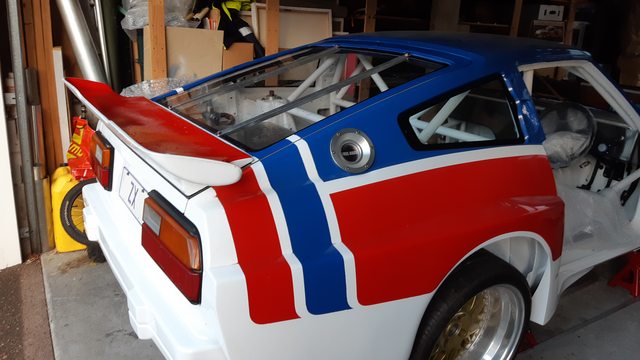 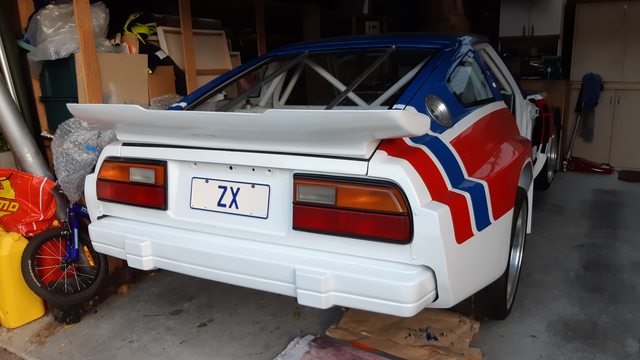 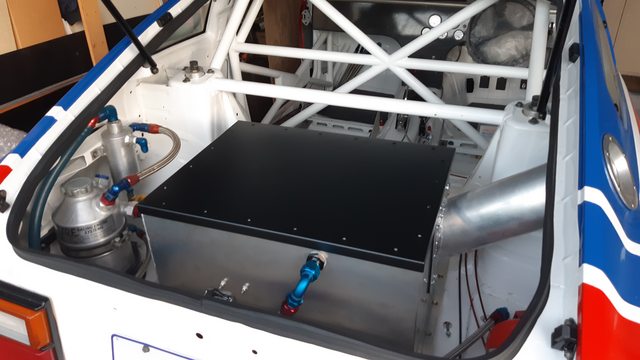 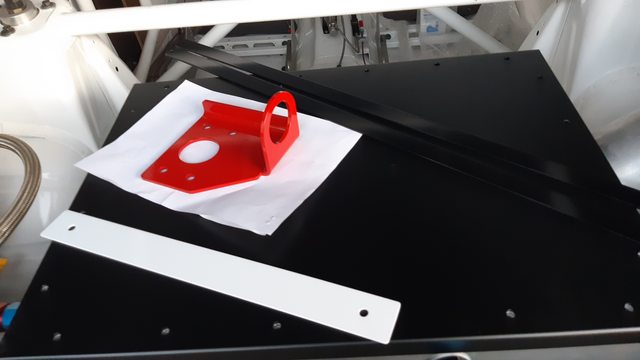 So jealous! It's looking bloody smicko

Who did you hatch? Is the lexan moulded or a flat sheet?
Top

Thanks, it looks better from a distance!
I decided to pay more and get 3mm PC Clear MR10 mar resistant, but it cost a lot more.
I was hoping it was going to get 'shaped', but in the end it was kept flat as the shape was barely noticable.
However it needed stays beneath the plastic to keep its shape and that made it difficult to bond.
So mixed feelings on finish...
Same with the rear wing, it was moulded wrong so fitment was just ~ok...
Paul Weir from the norht shore did the fit up, and it would not have been easy.

I'll leave it for now, but honestly once everything else is done, and car is complete, it will go on my 'to fix list'.
Basically fix my rear wing mould, make another wing and then take another look at the window.
I'm more upset with the wing.

I really get what you are saying, but you will notice it where others wouldn't. But in the end, you have to be happy with the finish, it's the fine details that make the difference between being good or excellent. keep up the good work and thanks for your posts, I look forward to your posts.
Bernie Kant
Club President
Top 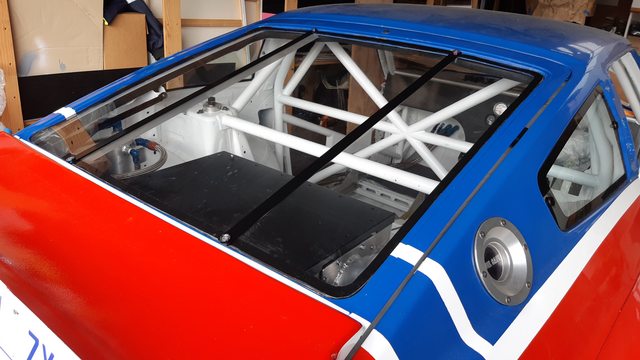 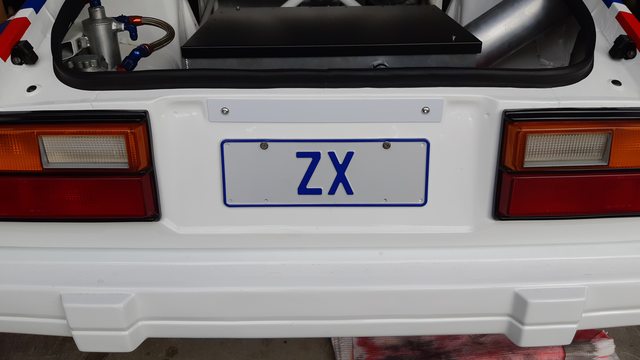 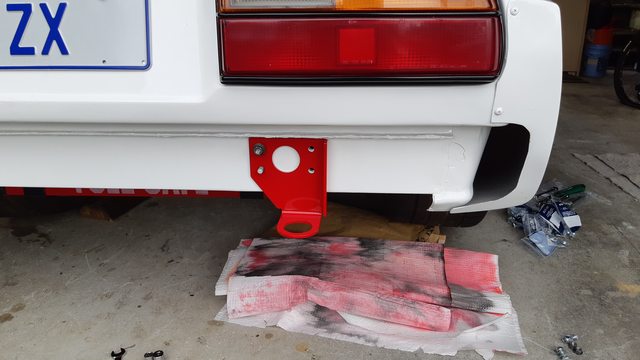 So is she going to be road registered as well? Or is that just a mock plate?
Next - Z Club events:
= Once things settle we'll get som events, check out events page or our Z Club NZ Facebook page when we're to Level 2 or 1 =
Top

Its a real plate off my road car, got a spare... but i think i will get a BSR plate made like that below. 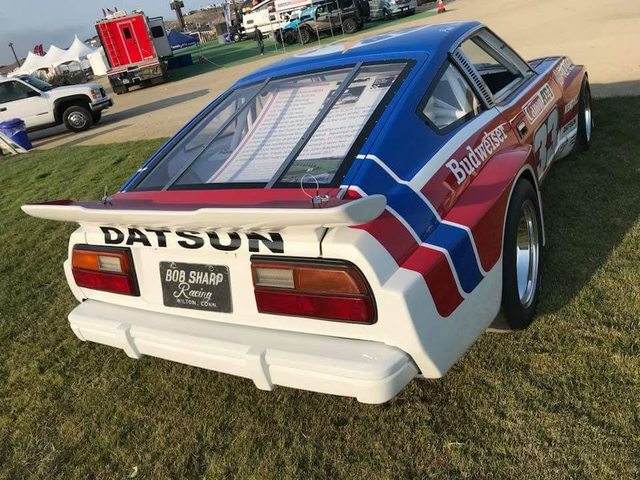