How to get the best from your L series engine

From the Club President

Thanks to all those attending this AGM.

My thanks got to Dee Collins, who with her husband played an integral part in setting this club up in the 70’s.

Also, to Dale Maxwell who to has been an integral part of this club from the beginning. Dale has stepped down as Vice Chairman, a part that he has played for many years. Although Dale will be stepping down from his role he will still be on the Committee.

I would also like to thank Andy Mygind for his work as Club Treasurer over many years.

All these people have shown total dedication to the club and have volunteered their services willingly, I feel honored to thank them on your behalf.

I ask you all to give a hand to Dee and Dale and Andy.

Also, we must not forget those that have served willingly on the committee in the past and those that are still part of the present-day committee.

Over the last 5 decades this club has promoted the Datsun/Nissan Z series of Car.

There is no doubt that this club has had an influence on this range of cars and has helped bring this marque to the sports car status that it deserves.

I remain totally grateful to all the people that have been members and those that have served on the committee over this period.

We have in many ways been a very successful club over the decades.

This past year we have organized 10 different events.

And last but not least our AGM today.

I guess if I am honest the committee has had its fair share of difficulties.

The biggest of these the implantation of Social Media, this has had a big impact on the club. We have seen the good old-fashioned values of commitment slowly eroded away. We have struggled to get people to our events, we have been using Facebook as our social media platform, the most recent event, the forgotten Highway Tour had about 96 people posted as either interested or going, none of which turned up. In actual fact we had 5 cars attend. My thanks to those that joined in with this. It has been a long time since I have had so much fun in a motor car. I believe a couple of the event organizers had indicated their attendance on Facebook.

The same applies with the forum, it used to be highly used, but now we probably get about 4 posts a week and this could be two people, talking backward and forward. I still believe that a reasonable amount people could be looking at the forum on a regular base.

This problem is not isolated to the Z Club, word is that all of our fellow car clubs are facing similar problems.

We had to cancel our track day earlier this year as we really need about 30 cars to split even, and only had 9 entries. Part of the problem was that we were using the Mans documentation for entries and most found this far to amorous to fill in. But considering all this we are extremely reluctant to organize these sorts of events in future as the need to subsidize them just grows to unrealistic levels. We however have not forgotten about these events and hope we can do something by partnering with other clubs. Not helping us is the change from an outdated forum to a newer one, we lost some of the functionality of the old site one being the ability log attendance. Something we will be rectifying.

That’s enough dismal talk of the past, lets look into the future.

We still intend to continue with our events but change the way we organized them. Normally we would do block bookings for the events, with the lack of commitment this has become impossible to do. So, we have started organizing events which do not require bookings and just post “when and where” and if people come, they come, if they don’t, they don’t.

The committee at the moment is busy setting up a front Web page for the forum, this will be a front page that will have links into different activities of the club. We will have a nice clean well-presented web page which will have functions for joining, events, contact etc. all just one click away. The forum will sit behind this and we will add the ability for members to log in as attending an event and will also be prettied up a bit. But apart from that it will remain basically unchanged.

We have committed to producing a newsletter which will go out at last quarterly if not a little more frequently. Our hope is that we can feature past events, maybe even builds, or other news items club members have. We will also use it to promote any coming events. You will have seen a couple that we have already sent out, so far they have been well received. We hope to tidy this up in the future maybe even use a provider like MailChimp for this. So, watch this space for the future.

Up till now most of our committee members have been on the committee forever. Which is not a problem. I know that all our committee members have a real heart for the club, but we have all grown old or not so old depending on who you are. We are trying the bring some younger blood into the committee. My thanks to Adriaan and Lyndon who have stepped up and are still looking for more younger people. We do have a few more contacts that we will be following through with. We know by doing this we will be more communicative with the newer crowd of Z people.

My thanks to all who have attended this AGM, and again for those stepping down and hope you all have a great Christmas and New Year. 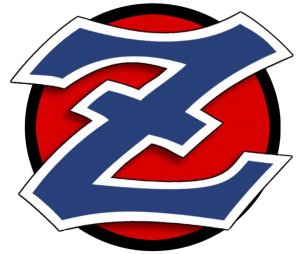